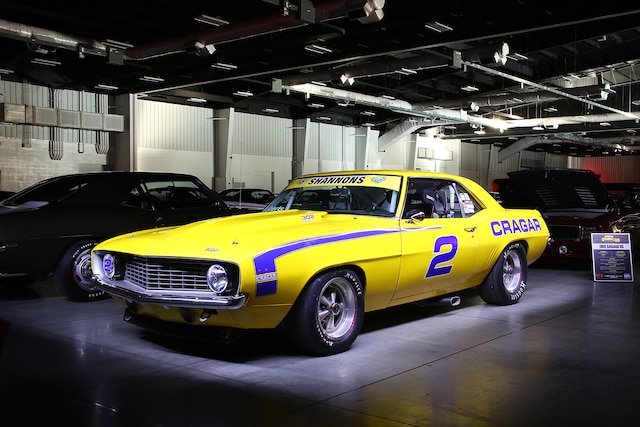 It was a massive 50th birthday celebration for the '69 Camaro and the guest list was staggering. From rare survivors and restored originals to influential street machines and race cars, the display was simply incredible. A sampling of the high-profile rides present included Dan and RJ Gottlieb's Big Red, Stuart Adams' Tux (the 2018 Goodguys Street Machine of the Year), Roadster Shop's Inferno, four of Mark Stielow's Pro Touring Camaros, and the Goodguys G/RS street machine. Add in a variety of rare Yenko and COPO Camaros and you had about as much variety as a single year and marque would allow.

In addition to the Camaros corralled inside, many more '69s were on display outside the building. A special gathering Friday afternoon even included birthday cake and a proclamation from Columbus Mayor Andrew Ginther. Additionally, six workers from General Motors' Norwood assembly plant were on hand during the weekend to discuss their time working on the assembly line in 1969 building these machines.

Those who were there can attest to how epic and impressive the Summer of '69 gathering was. For those who missed it, well, you really should have been there. Never fear, though, as we've got a great collection of photos showcasing some of the great Camaros that were on hand for this epic event. CHP