Our top 5 picks of the event 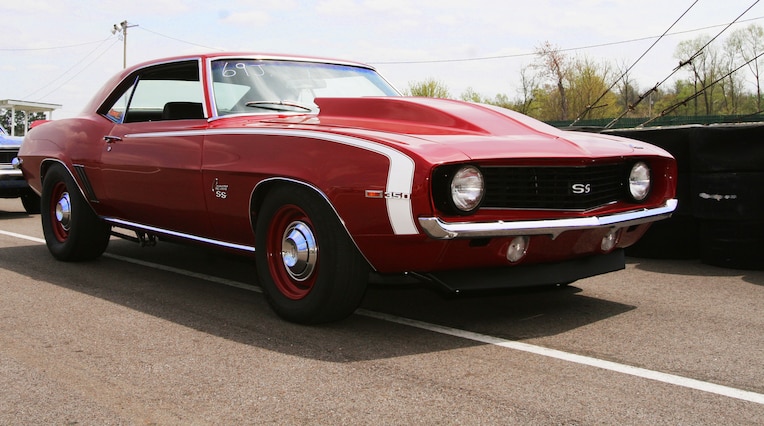 At every Super Chevy Show across the country the editors have been tasked to hand out Editor’ Choice awards for the Drag Cars. They will scour the pits, staging lanes and filling stations to find the cleanest drag cars there. We know guys can make a car fast, what we look for are the cars that guys went the extra mile on.
Things like a clean paint job, matching wheels, complete interior and all around good style is what they are looking for. These may not be the fastest cars at the event, but they were the ones that grabbed the editor’s eye. At the 2014 Memphis Super Chevy Show we handed out 5 plaques, which was no easy task considering how many race cars were on hand. We tried to spread out the awards and find a clean car from each model, like Camaro, Chevelle, Tri-Five, Nova and so on.
Super Chevy’s Editor’s Choice top 5 Drag Cars from the 2014 Memphis Super Chevy Show at Memphis International Raceway
Natt Moore, Atwood, TN, ’69 Chevelle SS
William Mills, Parsons, TN, ’55 Chevy
Troy Williams, Jefferson City, MO, ’66 Nova
Jeff James, Lexington, TN, ’69 Camaro
Ronnie Hays, Coldwater, MS, ’86 S10

If you are interested in attending a Super Chevy Show this year then click below to see the 2014 schedule. http://www.superchevy.com/events/1402_2014_super_chevy_show_schedule_released/