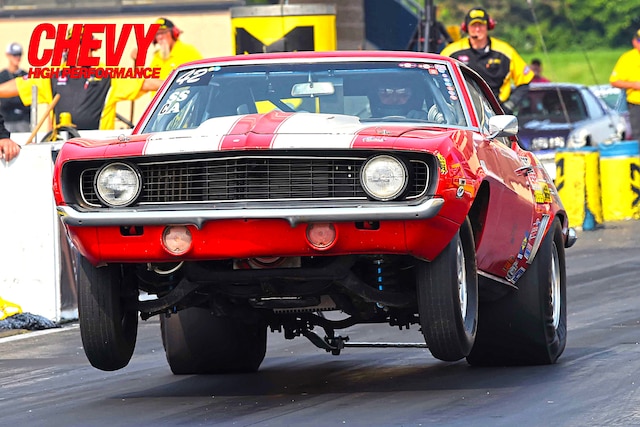 NHRA's Route 66 Nationals has, within its 22-year history, emerged as one of the most prestigious and sought-after event victories on the drag racing calendar.

The 2019 event once again coagulated some of the "who's who" within the NHRA Lucas Oil Drag Racing Series as the schedule included the high-profile Jegs Allstars race.

Sunday's Route 66 NHRA Nationals event concluded with yet another parade of Chevy drivers lined up in victory lane, which included a third career win for Colorado's Deric Kramer who wheeled his ever-improving American Ethanol Chevy Camaro to the Pro Stock title and California's Shane Westerfield, the 2017 NHRA TAFC World Champion, who won for the second year in a row.

Lucas Oil Sportsman class winners included Vic Penrod (Super Stock) in a cool SS/CA '69 Camaro from Oklahoma and Nathan Vrooman (Super Gas) in his Indiana-based '98 Chevy Beretta. Those wins were the second career scores at the NHRA national event level for both drivers.

Top Sportsman was highlighted by Lester Johnson's fan favorite and super-quick '55 Chevy. Johnson got some great satisfaction with that because he had been denied the 2018 event title here (after some final round controversy) so he managed some final justice by collecting the title this year.

Grab a cold beverage and enjoy this robust collection of the coolest Chevys from the 2019 Route 66 NHRA Nationals. CHP