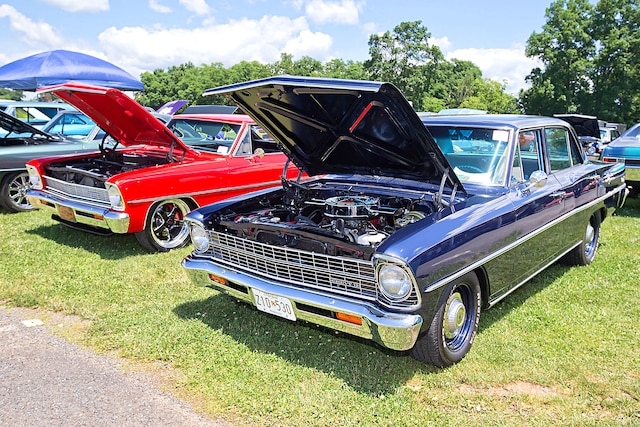 If you're into anything from the General Motors stable, then the place to be in June is the Carlisle Chevrolet Nationals. Every year a multitude of cars from all the GM divisions gather in central Pennsylvania at the Carlisle Fairgrounds for the big GM party. The folks at Carlisle Events try and keep things interesting with different themes every year. For 2019, the "Summer of 69" is the one being celebrated throughout the entire show season.

On display in Building T were a number of cars built in 1969, along with a Bill "Grumpy" Jenkins display. Next door in Building Y was the annual Solid Lifter Showroom display put on by the Super Car Workshop. Now in their 11th season, this year's display featured numerous rare Chevrolet's produced in 1969. There were both completed and ongoing restorations on display.

Another recurring display is the Novas at Carlisle, which took place inside, and around the outside, of the Pavilion. The Funfield is where the most cars can be found. Organized by generations and models, just about anything produced by GM was on display. If you were looking for parts, the swap meet area was a good place to shop. And if you're looking to buy a project or turnkey ride, those are also on the menu during the show. If you like to plan ahead, mark your calendars for June 26-27, 2020. CHP