Camaros and Firebirds converge on Memphis International Raceway for the second-annual event! 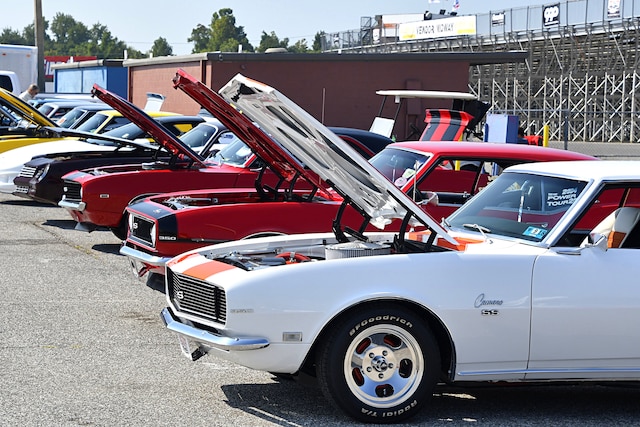 F-bodies (Camaros and Firebirds to those not versed on the way GM names its cars) are one of the most famous nameplates Chevrolet ever created. First launched in 1967 to battle the Ford Mustang these cars, with their timeless lines, are insanely popular with both the restoration and customizing crowds. All across the country clubs and organizations formed for fans of this nameplate to come together. So much so that event organizers decided to throw a party last year for f-body fanatics to gather from around the country. Well, last year was a blast so they decided to do it again this year, this time sponsored by Rick’s Camaro.

The event has a little something for everyone. Once again it’s being held at the Memphis International Raceway, so there’s a great drag strip to try out. For those that like a few turns thrown in there is also a great CPP-sponsored autocross that was pretty challenging. For those looking to chill out a bit more there was a large car show with Camaros, Firebirds, and Trans Ams of all generations on display. There’s also a large swap-meet and a sizeable vendor midway showing off the latest and greatest widgets for your ride. As is typically the case Friday was just a warm up with the main event happening on Saturday. For Friday they warned of rain, but not a drop fell all day, so we are still hopeful for dry skies on Saturday.

What makes this event really unique is that they give one participant, who has to be present to win, an f-body! This year it’s a fully restored 1968 that we would love to have in our garage. You simply have to show up, pay to be in the event (either as a spectator or participant) and voila, you’re in the running. They picked a ’68 since it’s the 50th anniversary and besides, we all know how cool ’68 Camaros are. The caveat is that you need to be present to win. The car was made possible by sponsors such as Trim Parts, PUI Interiors, Right Stuff, Soft Seal, and others. Trust us that winning this car is way better odds than you would get in Vegas!

To find out more about this event, the sponsors that made it happen, and info on next year’s event be sure to visit www.fbodynationals.com.