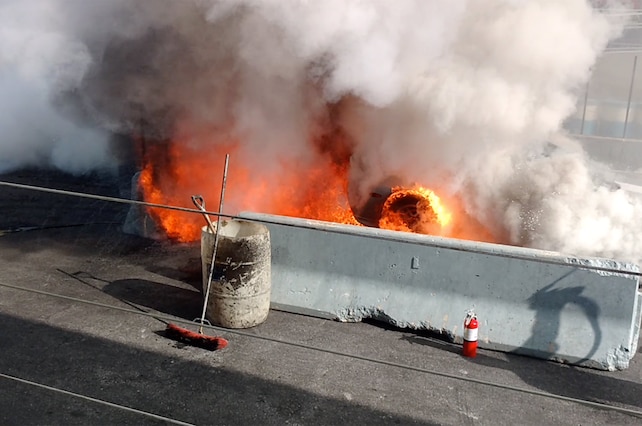 It was in a fiery fog of burning rubber that a Sebring Silver C5 Corvette won the burnout contest hands down at the 35th annual celebration of Corvettes at Carlisle. There’s no need to introduce Corvette fans to Corvettes at Carlisle with over 5,000 cars in attendance this year it’s the biggest and best Corvette festival in the world.

The 35th annual Corvettes at Carlisle introduced Thursday as the official opening day instead of on Fridays, and it was a good idea because even with an extra day added there was barely enough time to take in all of the pure Corvette fun and action taking place. There was so much action in fact that we’ve broken it down into a individual photo galleries of the swap meet, along with gigantic galleries of every generation of Corvette made. These two mega-monster stories will be up in a just a little while, so in the mean time please enjoy our compilation of the burnout contest with Ken Heckman in his Sebring Silver C5 taking top honors in front of two other brave souls that totally their Corvettes in an effort to win this year’s bout.

As a point of interest notice that Ken began the burnout contest with Traction Control engaged, and the C5 was totally incapable of breaking the tires loose, let alone compete in a burnout contest. Corvette owners are a generous sharing bunch and in a loud chorus offered Ken the advice to turn off the Traction Control, and that’s when Ken laterally set his Corvette’s world on fire.