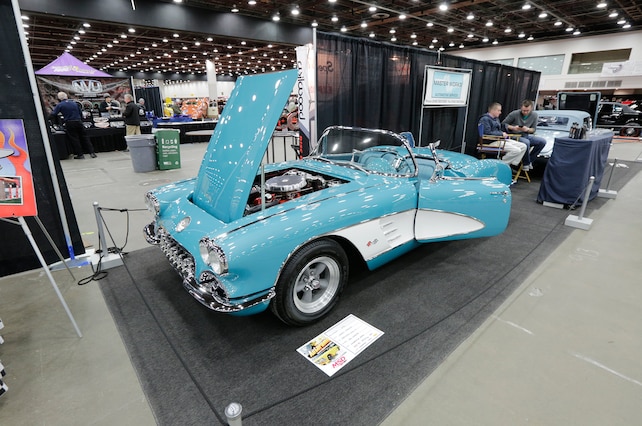 Every March gearheads and car lovers from around the country descend on Detroit’s Cobo Hall for one of the best car event around; the Detroit Autorama. For 2015 the cars, and attendance, was simply off the hook with nearly 723,000 square feet of convention center floor space crammed with some of the most insane hot rods and Corvettes in the country. They expect nearly 200,000 people to attend. Yea, it’s a big deal.

Besides all the Corvettes, there’s a host of other hardware to check out from rat rods to the Ridler cars (This year’s winner is rumored to have cost in the neighborhood of $3,000,000 to build!). The Ridler is the big-deal award of show cars. First the Pirelli Great 8 is picked from a field of around three dozen cars. Then those eight are further scrutinized until only one is left standing. Actually there are a ton of these “shows within a show” going on. There’s a little something for everyone; from the Street Rodder Top 100 (hosted by our sister publication Street Rodder) to the cars from Fast and Furious movies.

Hey, they’ve been having this show for over 60 years, so there’s a lot of history. In fact, if you visit the “basement” you can check out a cool set of cars representing the traditional rod scene. Of course, you want to see ‘Vettes and this show doesn’t disappoint with a 10-car exhibit of Significant Corvettes of the Past.

With over 1,000 cars on display it’s easy to get disoriented and end up missing some really cool stuff like a 1935 Bowlus Road Chief travel trailer. So, if you haven’t been then we suggest you start booking your hotel and trying to find cheap airfare for next year! Here are just some of the hot Corvettes that we spied while meandering through the hall.