Newsletter
Sign Up today for our FREE Newsletter and get the latest articles and news delivered right to your inbox.
Home
GM High Tech Performance
Events 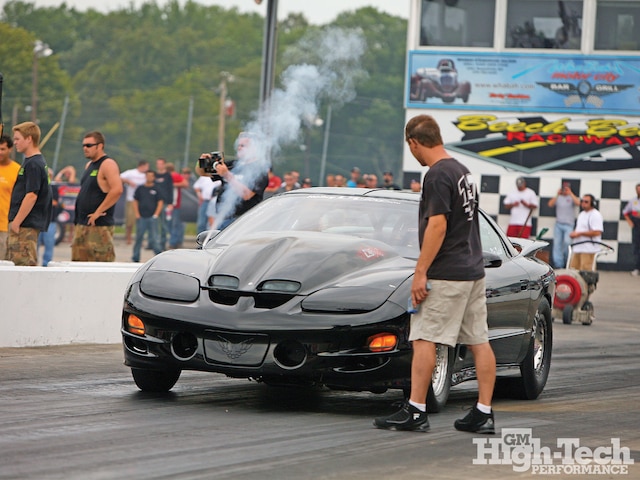 Emboldened by its new ownership and spearheaded by forward-thinking individuals, the crew at Holley beat every other major organization and company to the punch in putting on an LS-only event last September 10-12 in Bowling Green, Kentucky. Maybe it was sheer guts, given the economy, or maybe it was faith, but they did it and did it well. As the name implies, the Holley LS Fest was hell-bent on being the most fun automotive event ever. It was as if a bunch of smart, creative people sat in a room for days on end and just tried to top each other with new ideas for how to make the event better. Or perhaps they had simply been to so many shows over the years and had been taking mental notes until they had a fully hatched mega-show. Whichever the case, it was apparent that the fun spirit of the staff became infectious to the show-goers at Beech Bend Raceway who seemed less concerned with looking cool and winning prize money than helping each other out, making some new friends and having a good time. Take a look for yourself, and tell me this isn't an event worth attending.